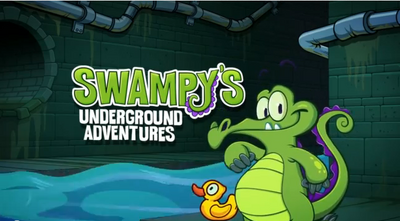 Where's My Water?: Swampy's Underground Adventures (previously known as Where's My Water? The Show and Where's My Water? The Adventures of Swampy) is a webshow that aired on Disney's kid-aimed YouTube channel, "disneysshows". Teasers were released in August and September, and the show officially premiered on October 18, 2012. A new episode was released every Friday, excluding the first episode which aired on a Thursday. On January 18, 2013, the series concluded with the final episode, Ducky. Episodes of the show have also occasionally aired on Disney Channel.

In addition, Justin T. Bowler also provided the voices of the other male alligators like Karl, Pushy and Shovey in the show.