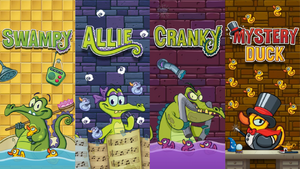 If you need to contact me you can do so on my Message Wall, on Discord or you can email me.

My Where's My Water? Favourites:

My Where's My Water? 2 Favourites:
History 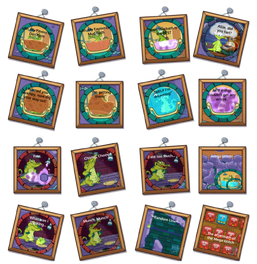 Where's My Water? has always been one of my favourite games, but I have other games I like too!

After downloading Where's My Water? 2, I was quite disappointed with it to be fair. It didn't feel like the original- Energy was an issue, Keys were an issue and ads were an issue. I stopped playing the series shortly after.

Later on, in 2018, an idea sparked in my head- Where's My Water?!. I started to play the series again- the sequel even grew on me! This wiki wasn't the first I joined, but after getting more experienced with FANDOM I searched to see if this wiki existed- and it does. I saw this wiki as a mess, in need of some love so I decided to get cracking. In May 2019, I became a bureaucrat of this wiki and moderate it daily!

Community content is available under CC-BY-SA unless otherwise noted.

Ranked #1
on this wiki