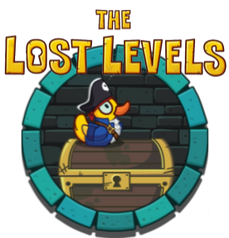 The Lost Levels, or simply Lost Levels is a bonus story, and the fifth story in Where's My Water?. It is comes with the app purchase, along with Swampy's Story. The Lost Levels contains four chapters, which have levels from the removed Levels of the Week, or from deleted limited-time chapters. It was first released in May 2012.

Retrieved from "https://wheresmywater.fandom.com/wiki/The_Lost_Levels?oldid=35188"
Community content is available under CC-BY-SA unless otherwise noted.