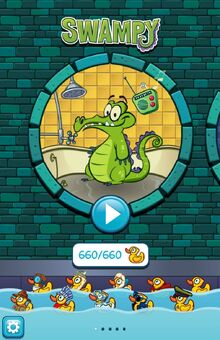 Swampy's Story is the first story in Where's My Water?. Swampy's Story is included in the App Payment, alongside the Lost Levels. In this story, the player must help Swampy with his broken shower. Swampy loves to be clean, unlike most of the other alligators, but Cranky and the other alligators have now sabotaged his shower and have broken Swampy's pipe system. Now the player must help Swampy by guiding the Water back to Swampy's bathtub by using all their puzzle-solving skills, and their finger! There are ten chapters in this story. 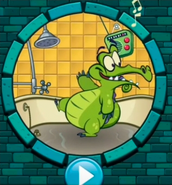