In love with Allie

Swampy is an anthropormorphic alligator and the main protagonist of the Where's My Water? game series.

Unlike other alligators, Swampy is very nice and follows the golden rule. He is in love with Allie, who used to love Swampy's enemy, Cranky. (This attraction was first revealed in "Sink or Swim", when in the beginning cutscene, Swampy finds a bow he wants to give to Allie.) Swampy also loves his Rubber Duck. He dislikes Poison Water, Ooze and Mud and wants to take a shower with just plain Water.

Swampy takes on the appearance of a anthropomorphic short green alligator that walks on two legs. His eyes have blue irises, and he has three teeth poking out of his mouth; two on the left side, one on the right. He has a long curvy tail with purple rounded spikes running down it and his back. He also has lighter green spots on his arms and legs, a light-green belly, and blue-colored claws on his hands and feet. In earlier versions, his teeth were not as clean as they are now. 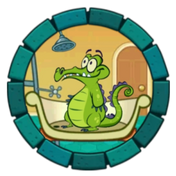 WMW- Waiting for water to take a shower 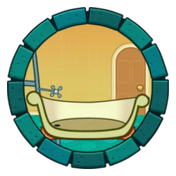 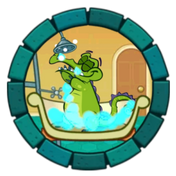 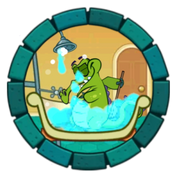 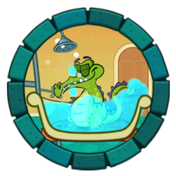 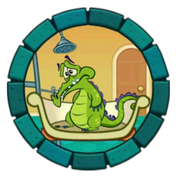 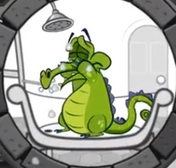 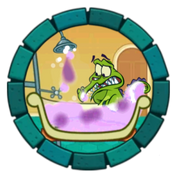 WMW- Failing a level with the wrong substance 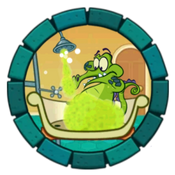 WMW- Failing a level with the wrong substance 2 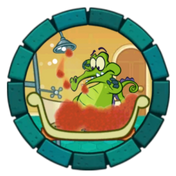 WMW- Failing a level with the wrong substance 3 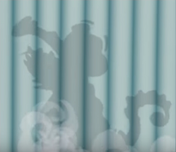 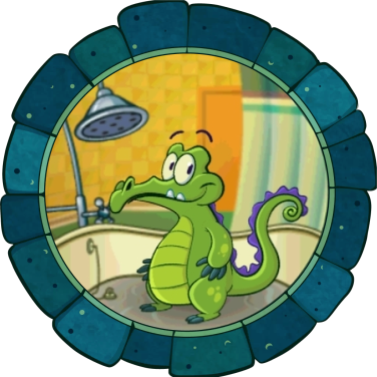 WMW2- Waiting for water to take a shower 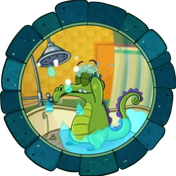 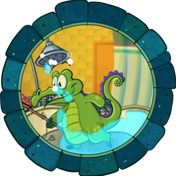 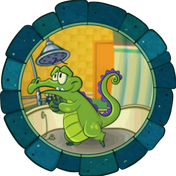 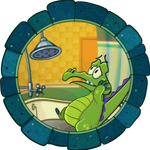 WMW2- The world being flipped

Where's My Water: Swampy's Official Guide to the Sewers

Add a photo to this gallery
Retrieved from "https://wheresmywater.fandom.com/wiki/Swampy?oldid=15723"
Community content is available under CC-BY-SA unless otherwise noted.