"A pretty lady alligator who at first doesn't understand Swampy's human-like quirks. Over time she starts to see him as charming and sweet, the opposite of macho and stubborn Cranky." - Where's My Water official website

Allie's first appearance is in Troubled Waters. When she first appeared, she did not have her signature bow, and preferred to spend time with Cranky instead. However, in the beginning of Sink or Swim, Swampy finds a bow which he proceeds to give to her, and she falls in love with him by the end of the chapter. 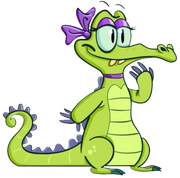 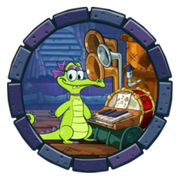 WMW- Waiting for steam to power her instrument 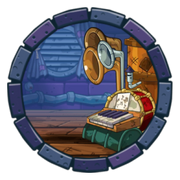 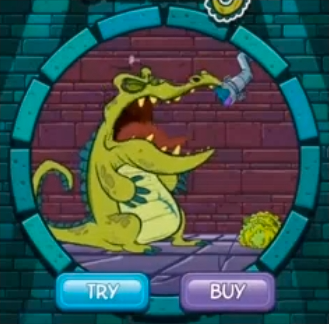 WMW2- Waiting for steam to power her instrument

WMW2- The world being flipped

Retrieved from "https://wheresmywater.fandom.com/wiki/Allie?oldid=15727"
Community content is available under CC-BY-SA unless otherwise noted.